Neon is a brand and design consultancy with whom Quite Early One Morning collaborates on a wide range of projects, such as this one. Neon asked us to join forces with them to deliver this project, which was to create the brand strategy, visual branding and brand campaign to launch the merger of CMS, Nabarro and Olswang. At the time of the project, Nabarro was one of Neon’s longest-standing clients (a decade-long relationship). This merger created the world’s sixth biggest law firm and a legal powerhouse, so a not insignificant project and particularly complex and time critical!

The first step was to develop a distinctive strategic positioning for the new CMS, based around their offer to clients of true sector focus on a global scale, equipping them to face whatever challenges and opportunities lie ahead. This was encapsulated in the promise of a Future-facing law firm.

From C/M/S to Rule of Three Creatively, the start point was the CMS logo, focusing on the initials and the graphic detail, and using them as the basis for a highly noticeable and intelligently witty launch campaign, based around C/M/S headlines, such as : Creative/Modern/Specialists; Complexity/Made/Simple; and Competitive/Muscle/Strengthened.

Moving on from the immediate launch period, the campaign was evolved to encompass a series of bold “Rule of Three” statements about the key strengths of the new brand – for example, highlighting the firm’s massively increased geographical reach, with offices in 65 countries worldwide; or, more succinctly, Here/There/Everywhere.

Focus / Focus / Focus Next, the campaign zeroed in on sector-focus (so often promised by major law firms, but so rarely delivered) by announcing to the world a global firm genuinely Walking/The/Talk and Speaking/Your/Language.

From there, with the broad sector claim firmly established, the campaign rolled out sector-specific ads across an extensive range of media, including broadsheet newspapers, prestige publications such as The Financial Times and The Economist, sector specific publications, as well as taxis and airport large-scale hoardings.

With thanks to Neon and Dana Robertson for permission to use the imagery in this case study.

Results / Results / Results There was a huge (and measured) leap in CMS brand awareness as measured by Acritas’ UK Law Firm Brand Index 2018. They had a spectacular improvement in brand recognition, climbing an unprecedented 9 places to be ranked as a top 4 law firm for brand recognition in the UK by Acritas’ UK Law Firm Brand Index 2018 – achieving the highest ever growth in awareness and favourability by a law firm in a single year and placing them firmly amongst the top global elite law firms.

Financially, there was a significant uplift as well. CMS profits rose 19 per cent in the released financials since merger/in its first year.

“The brief that we provided to Neon was both time critical and complex given the number of stakeholders and their background/history. Despite being time critical, Neon did not sacrifice spending sufficient time to really understand the brief which then paid dividends in abundance later. The ideas presented were a good range with some real flashes of creativity. Notwithstanding that a range was presented I appreciated that Neon were not scared to advise what they thought was the strongest idea from the range nor did they shy away from being bold in their selection. At all stages – whether general communications, presentation of the ideas, the delivery of the final product and accompanying materials – all were beautifully produced which was both impressive to the immediate stakeholders and the wider population within the firm.” 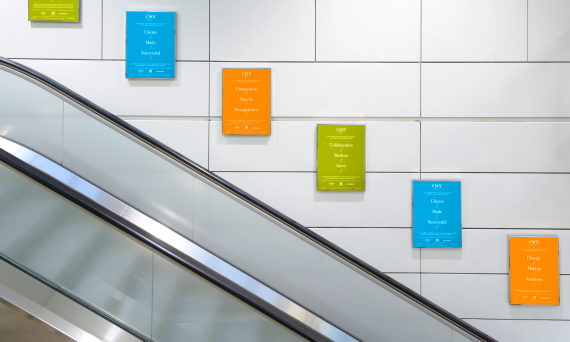 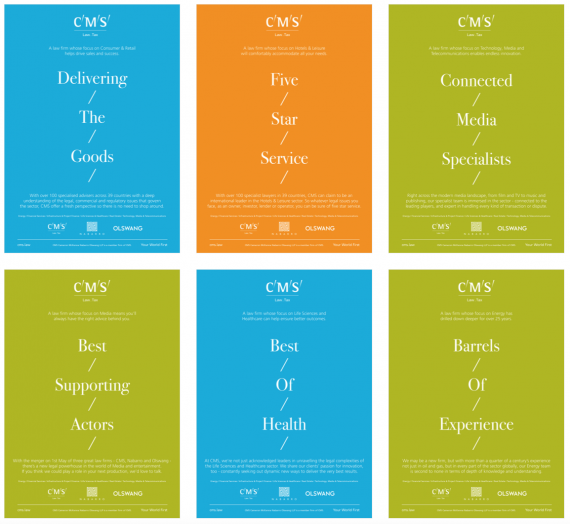