Landsbanki – a leading Iceland Bank – wanted to break into the online savings market in the UK. In 2006, it approached Identica to help them. Initially, their brief simply was to create a brand identity for a name they had already decided on – Landsbanki Online. It was immediately obvious that the idea of naming the new service after the parent company might be missing a bigger and better opportunity so we explored a more engaging approach, both strategically and creatively.

Leading the strategic side of this project, I explored what Iceland meant to people – through desk research, interviews and focus groups. This led to the discovery that, despite a lack of knowledge of Iceland, expectations were that companies from this country would be transparent, honest, clear, friendly and – ironically, given subsequent events – trustworthy. The product itself bucked the industry trend. It was pared down to a simple offer: easy online processes, strong (but not always market leading) rates and no hidden catches. Research also revealed that people assumed Landsbanki was a niche Russian bank focusing on agriculture businesses.

These insights led to the strategy of appropriating everything positive about Iceland. This was reflected through the name – Icesave – the brand idea of Clear Difference, as well as the brand identity and communications approach that was used at launch.

Icesave achieved and exceeded its first year target of £3bn of deposits within 3 months of launch and, but for the collapse of its parent bank which sadly saw the demise of Icesave itself, quickly would have become an established brand in the market.

With thanks to Identica. 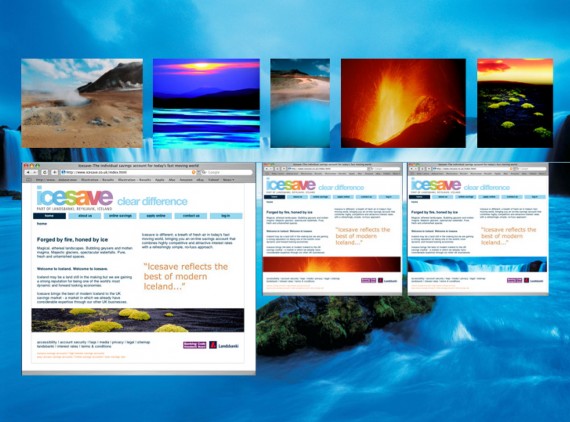